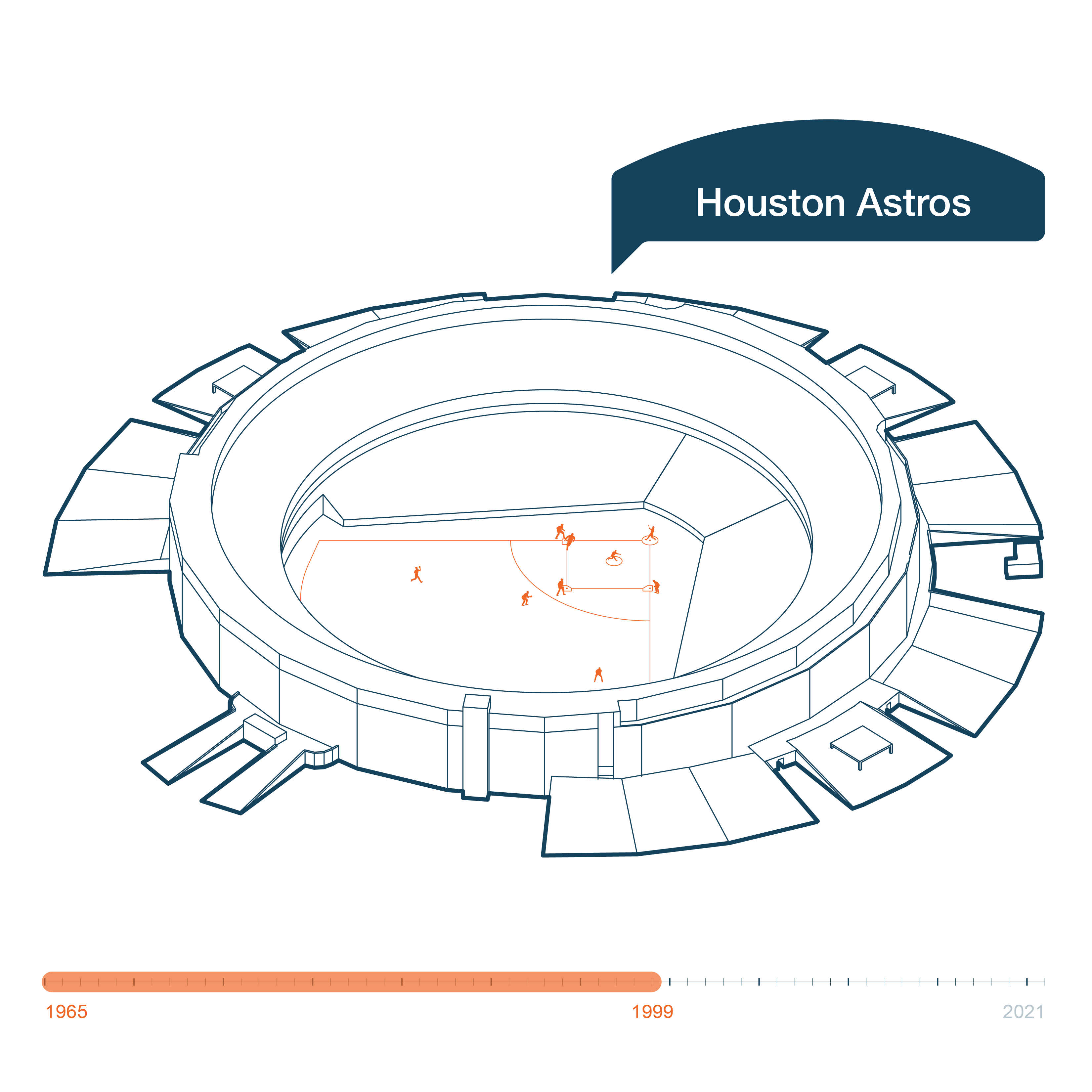 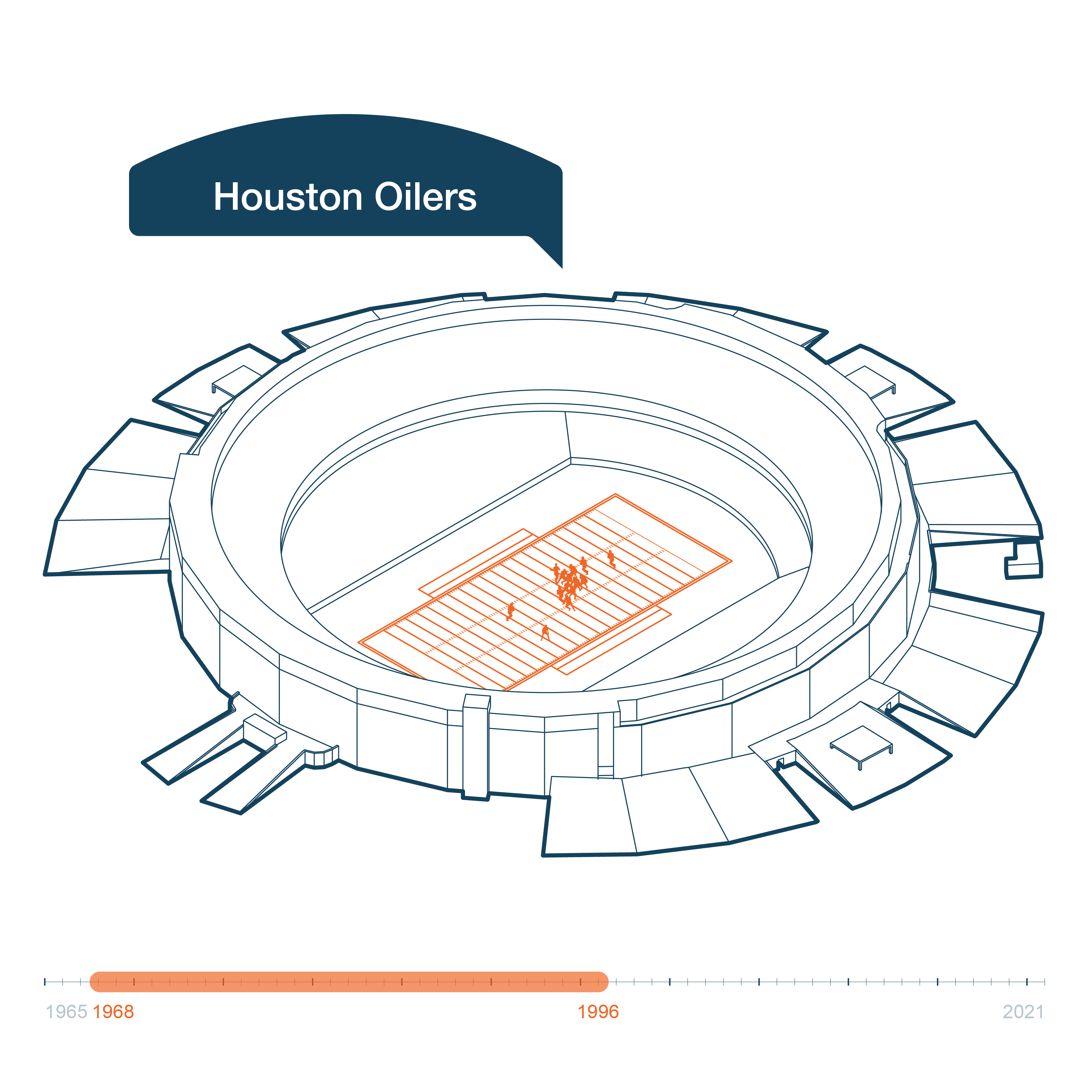 Between 1968 and 1996, the Houston Oilers called the Dome home as well, until the franchise left town to become the Tennessee Titans. It served  several other professional football teams, including the Houston Texans in 1974, the Houston Gamblers from 1984 to 1985, and the  Houston Energy (an independent women’s football team) from 2002 to 2006. The Astrodome hosted University of Houston Cougars collegiate football between 1965 and 1997, and from 1968 until 1984, the annual Astro-Blue Bonnet Bowl was held there. 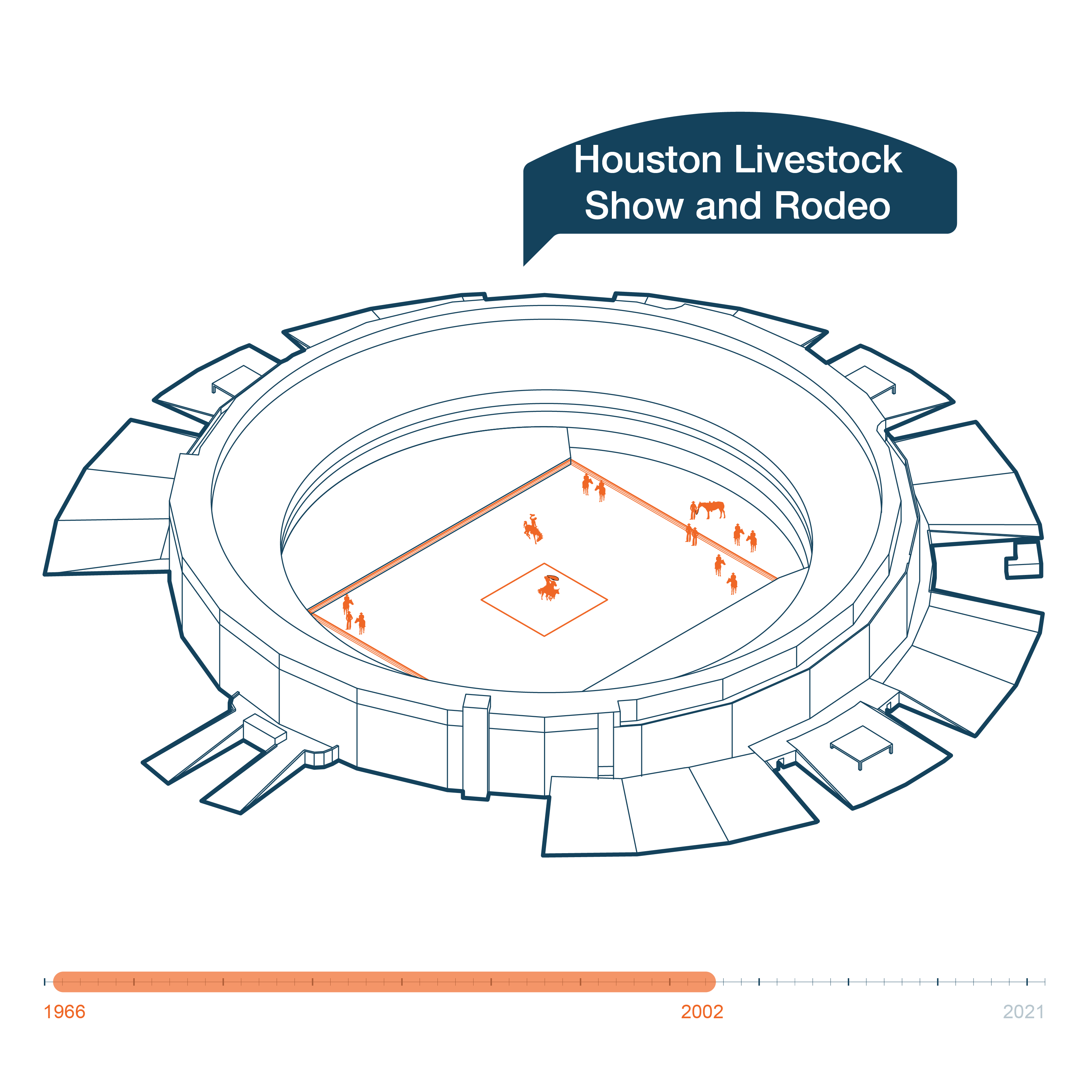 From 1966 until 2002, the Astrodome was the primary venue for the Houston Livestock Show and Rodeo. With all the space and configurations available inside the Dome, the HLSR grew to be one of the largest and most recognized livestock and roping events in the country. NRG Park is still the home of the HLSR, which includes contractual rights to the Astrodome. 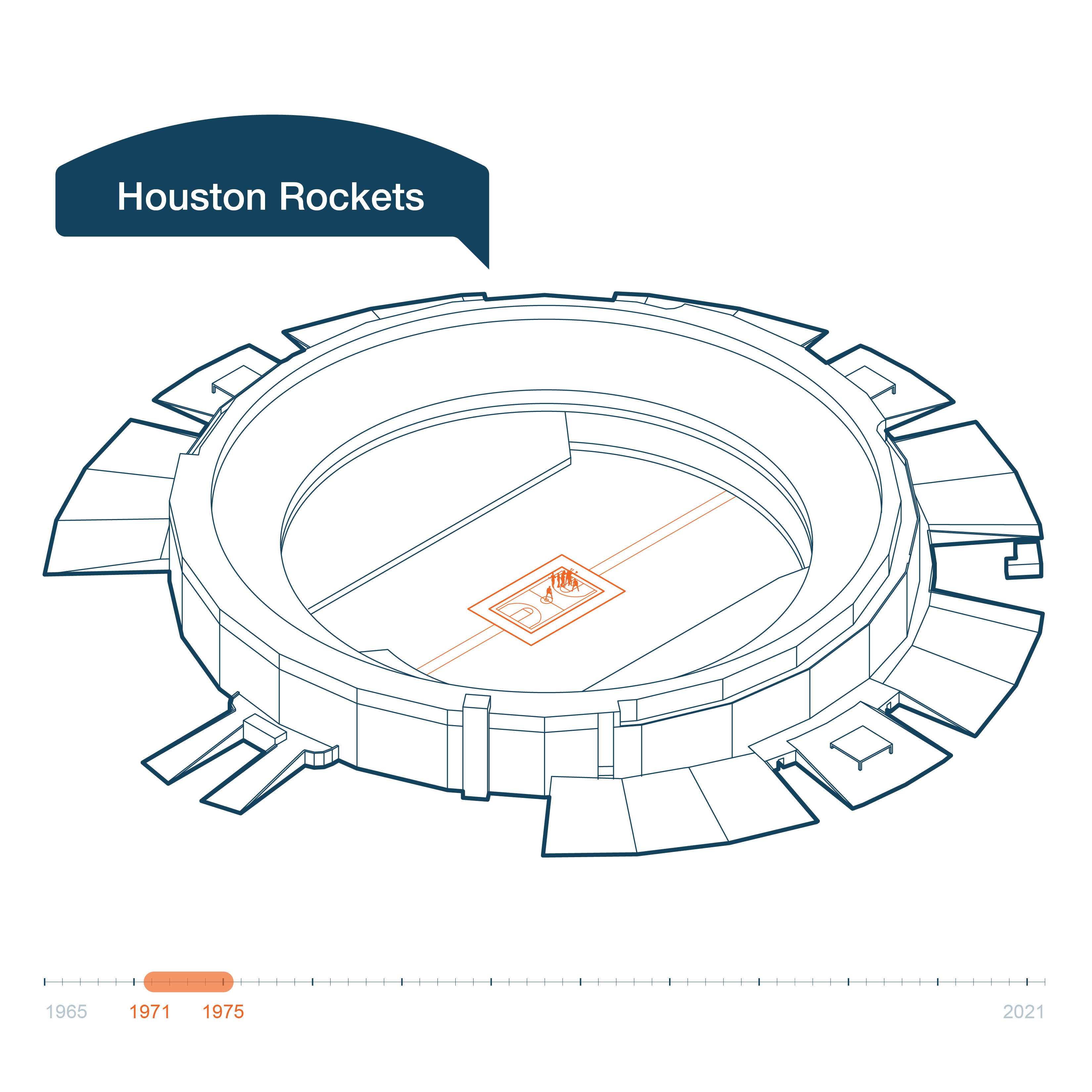 The Houston Rockets occupied the Astrodome part-time between 1971 and 1975.  It hosted multiple other notable basketball games, such as the first nationally televised collegiate basketball game – 1968’s  “Game of the Century” between the UCLA Bruins and the University of Houston Cougars, and the 1989 NBA All-Star Game. 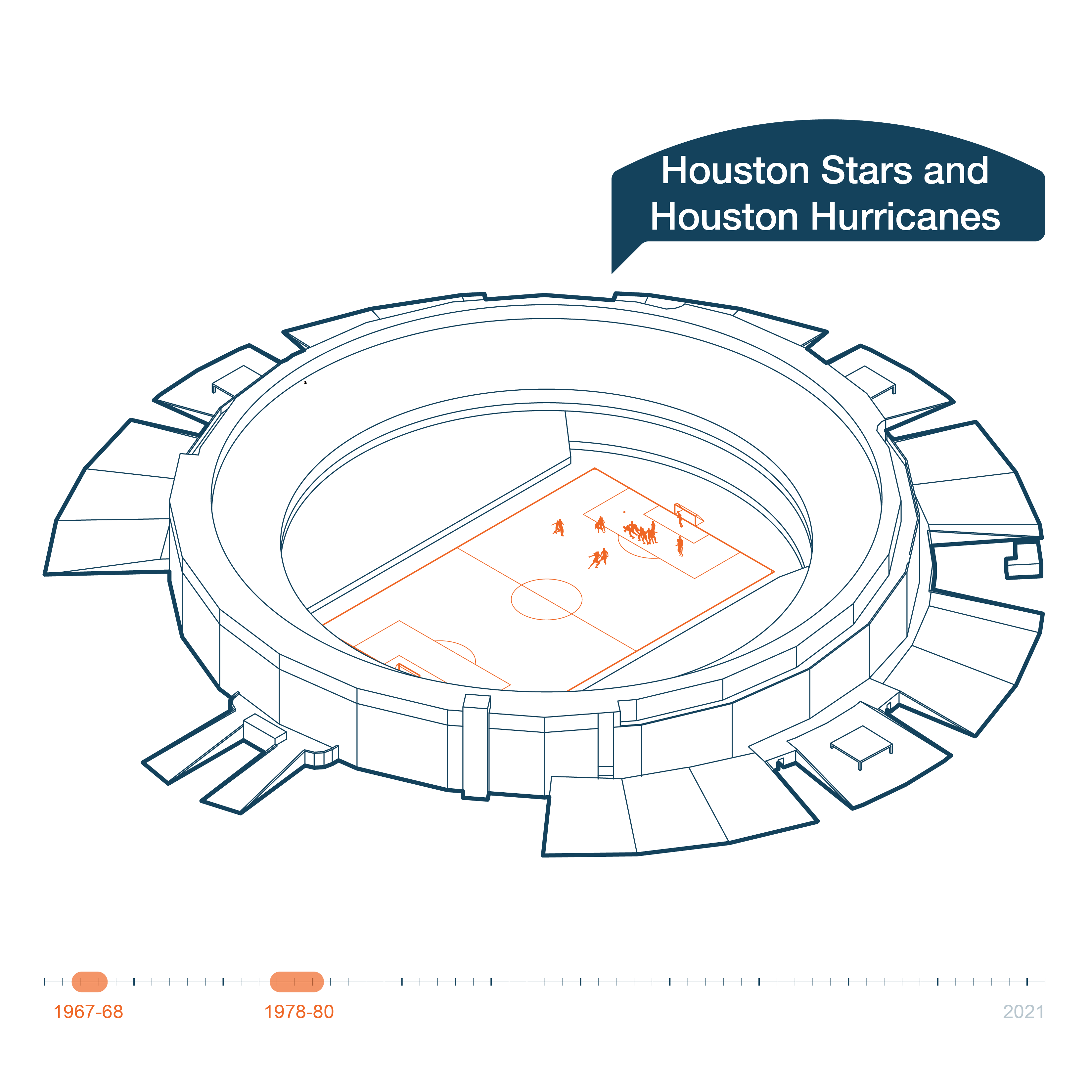 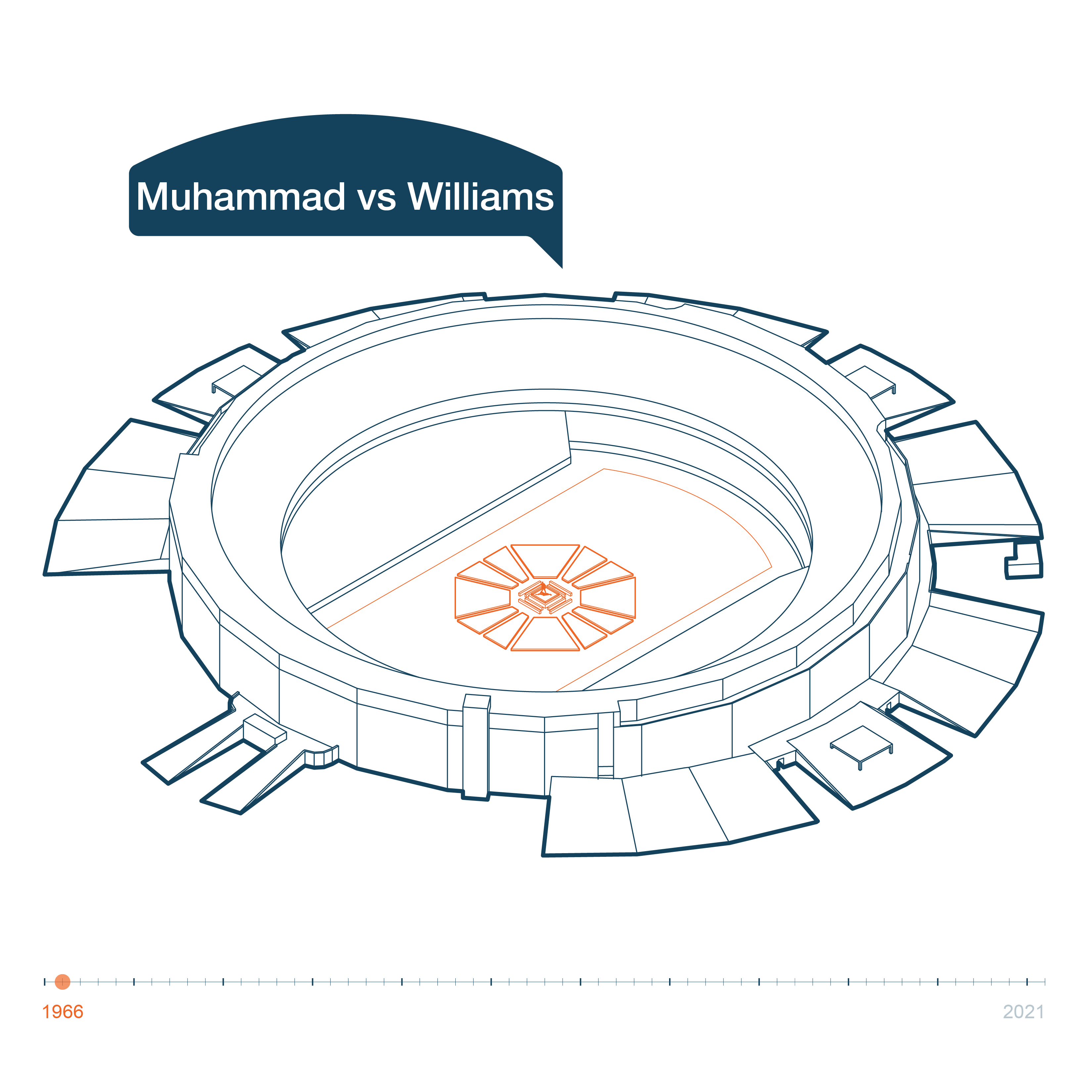 In 1966, in the heavyweight title fight, Muhammad Ali knocked out Cleveland “Big Cat” Williams. Ali returned to the Dome again in 1967 and 1970, facing Ernie Terrell and Jimmy Ellis. 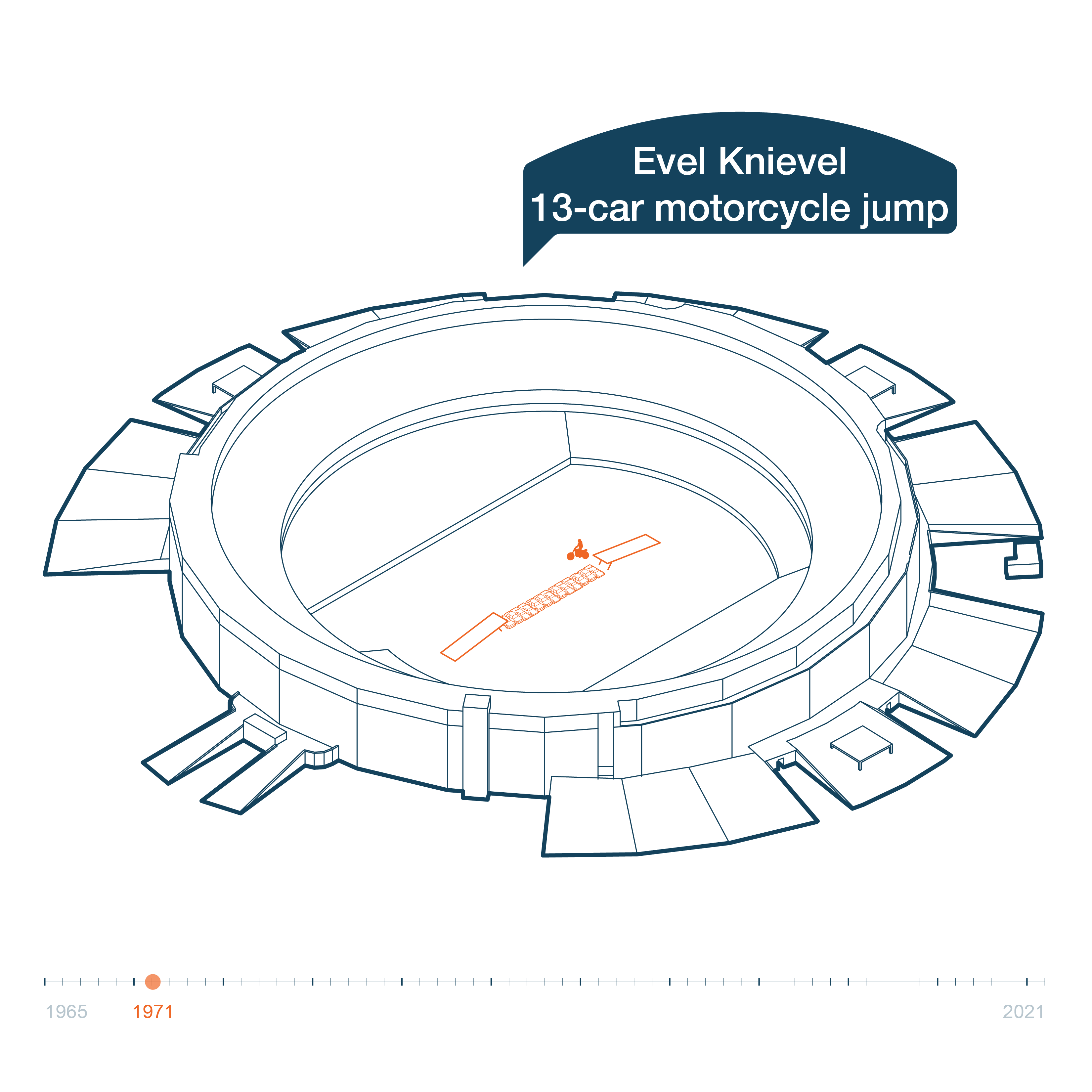 The Astrodome hosted many motocross races over the years, and in 1971, Evel Knievel jumped his motorcycle over a record 13 cars two nights in a row. 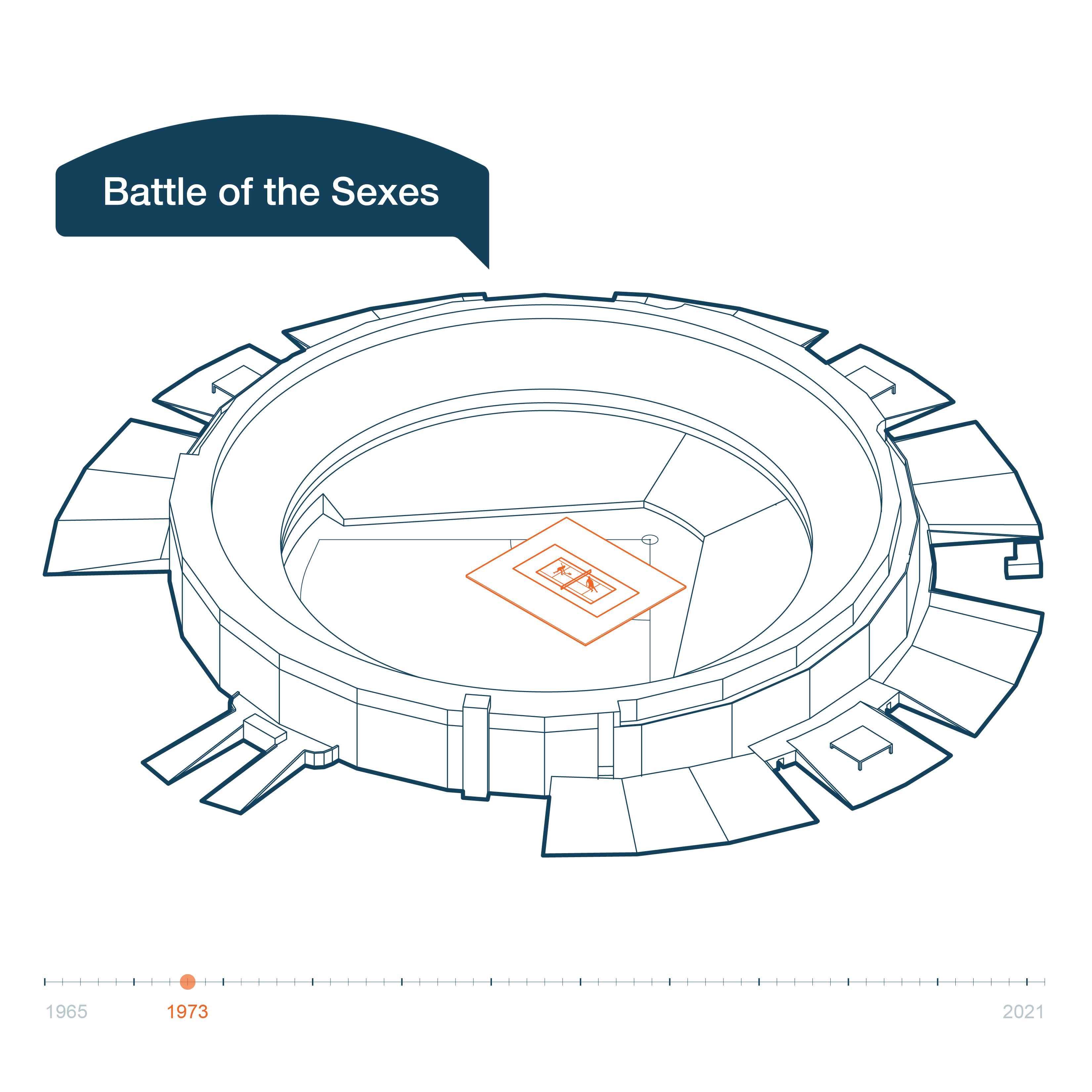 In 1973, Billie Jean King defeated Bobby Riggs in the legendary  “Battle of the Sexes” tennis match broadcast on national television. 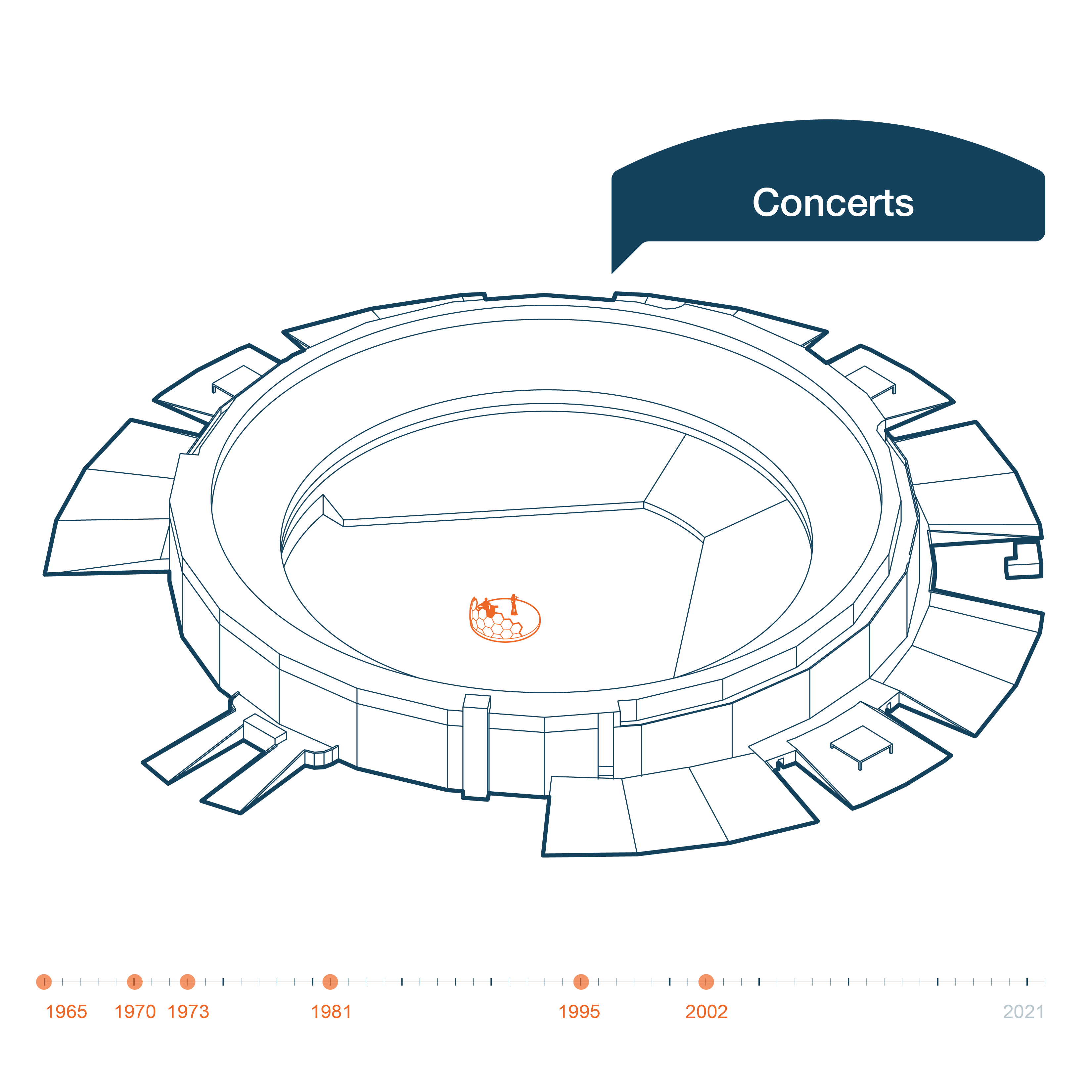 The Astrodome hosted concerts such as Judy Garland in 1965, Elvis Presley in 1970 and 1974 (with record audiences), The Jackson Five in 1973, multiple Rolling Stones’ concerts in 1981, 1989, and 1994, Selina’s last performance before her death in 1995, and George Strait in 2002 — his final performance in the Astrodome and the venue’s last concert before closing its doors. 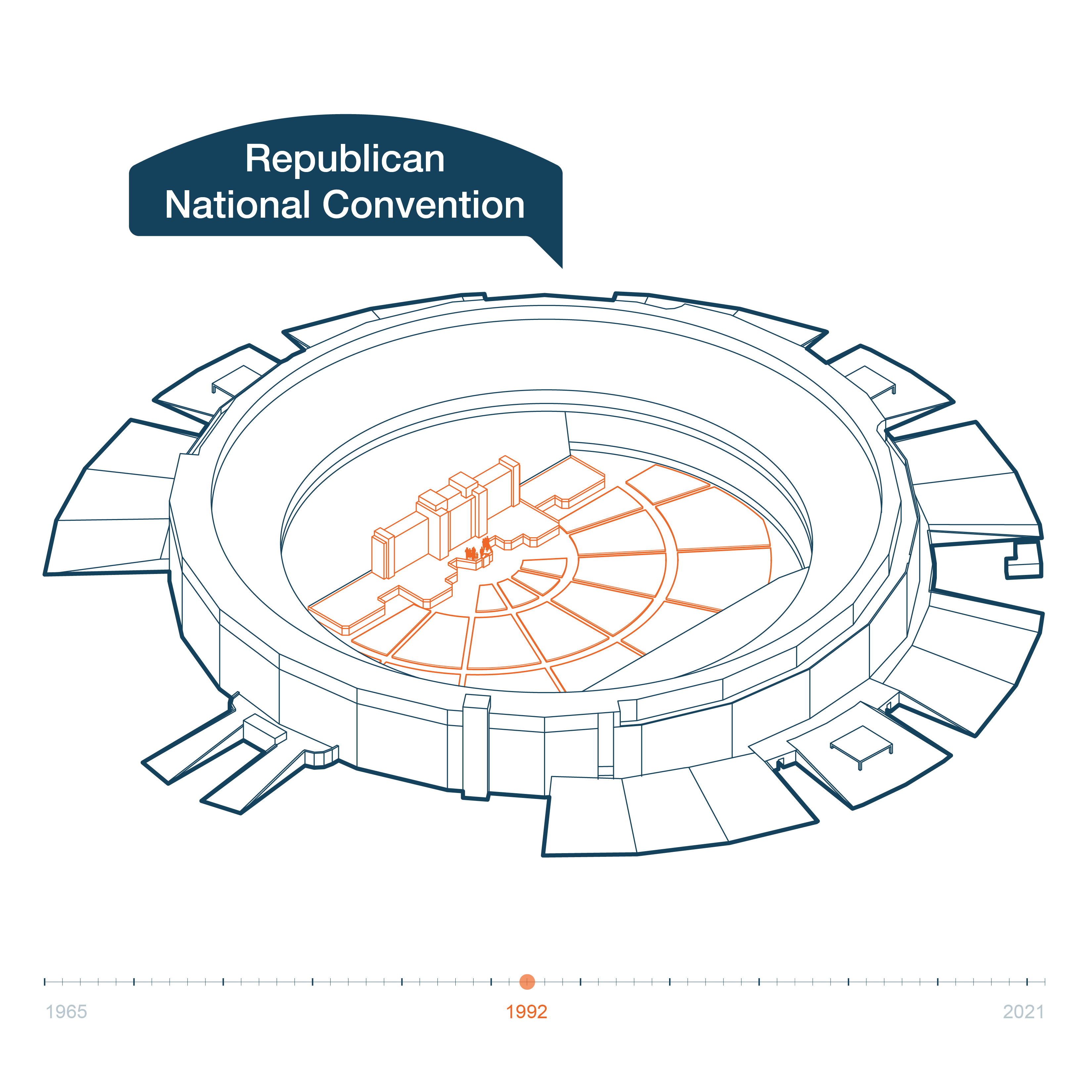 The 1992 Republican National Convention, which saw President George H.W. Bush nominated for reelection, pointed the eyes of the nation on Houston and the Astrodome. 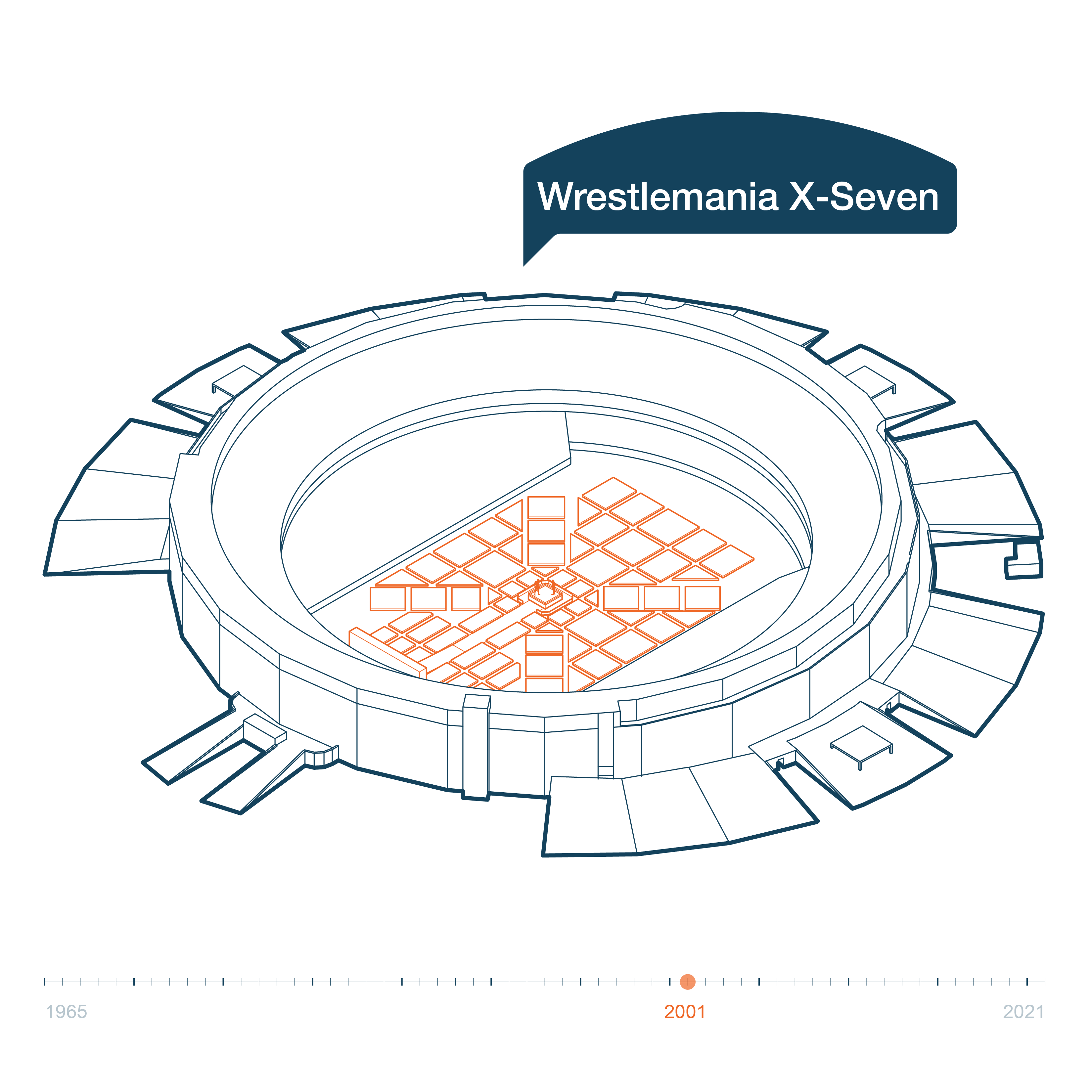 In 2001, the Astrodome hosted Wrestlemania X-Seven in which “Stone Cold” Steve Austin defeated the Rock in the WWF Championship. 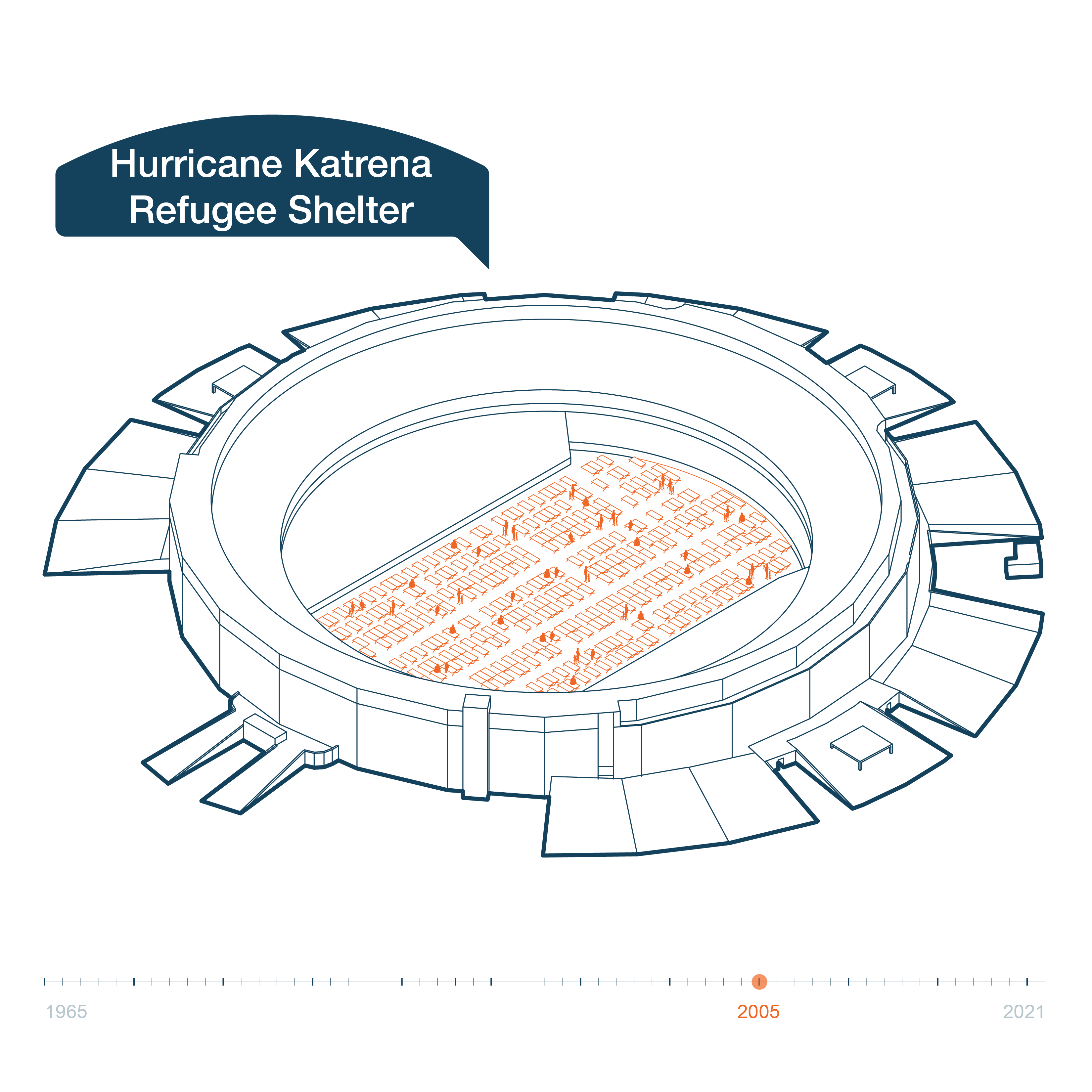 In 2005, the Astrodome served as refuge for thousands of Hurricane Katrina evacuees from Louisiana after they were rescued from New Orleans and coastal areas and brought to Houston. A fitting final act for the Astrodome who’s doors were opened to all since the beginning. 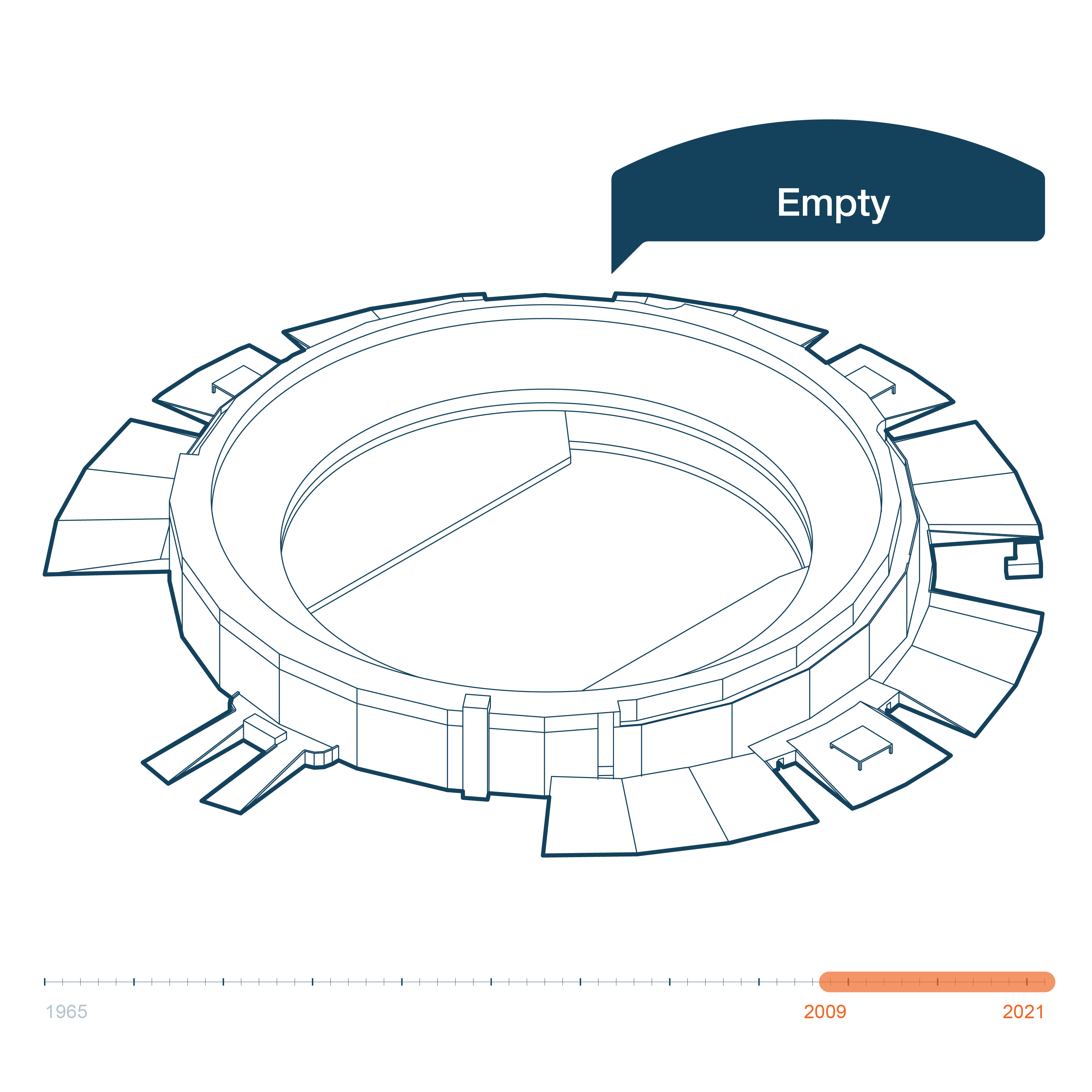 Lacking a Certificate of Occupancy, the Astrodome officially closed its doors in 2009. The Dome has remained empty since then, awaiting a viable new use.